Beta-Alanine is a non-essential amino acid, that is, not follows, starting from the Alanine through specific pathways of enzymatic.
Contrary to the vast majority of other amino acids, but the amino group is in the Beta-position with respect to the carbon acid (the one bonded to the carboxyl group) rather than in a position alpha, hence the name Beta Alanine
Unlike its counterpart alpha (α-alanine), B-alanine has no chiral center (this means that there are no forms L and R are typical of the amino acids of the ordinary). Also, it does not participate to an appreciable extent in the protein synthesis.
The Beta-Alanine in sport is used for its characteristic of anti-fatigue and ergogenic, a characteristic due in part to its antioxidant activity, in part, to the ability to regenerate Carnosine in muscle. 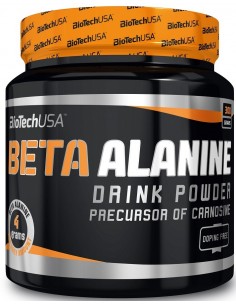 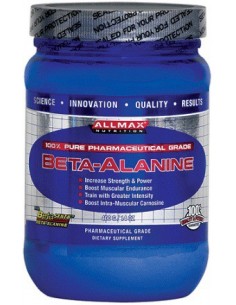 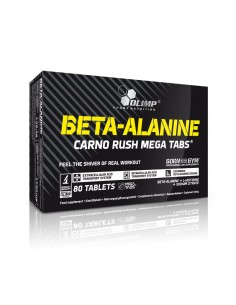 Olimp
Show available variants
€10.08 €14.00
Nutritional supplement in tablets. This product is intended for adult, physically active athletes especially during most exhaustive endurance and strength training. The product is especially preferred by competitive athletes such as martial artists, cyclists etc.
View