The vitamin B complex is a group of water-soluble vitamins that include thiamine, riboflavin, niacin, B6, B12, folic acid, biotin, and pantothenic acid. [1,2] The B vitamins have biological functions wide-ranging, but their most important task is to help convert nutrients into energy.

The individual vitamins that comprise the B complex have specific functions, then it is important to understand the role of each.

Thiamine plays an important role in the production of energy, in particular in the process in which the body uses the glycogen, and breaks down the branched-chain amino acids.

What happens when you don't have enough thiamine?
If you're cutting to lose weight, you may have a low content of thiamine and benefit in consuming more. Reaching the appropriate levels of thiamine, you can benefit from an improvement of energy metabolism and overall endurance.

Riboflavin is a B vitamin that is absorbed primarily in the small intestine. It is involved in the production of energy aerobic.

Vitamin b2 helps your body convert nutrients into energy. It also helps with cellular function.

What happens when you don't have enough riboflavin?
The deficiency of riboflavin may result in poor performance, although these deficiencies are unusual in athletes. There were no effects on performance due to supplementation of riboflavin.

Niacin plays an important role in energy metabolism, as well as in the synthesis of fatty acids and cholesterol. Is the ingredient pre-workout that gives your skin that feeling of redness or pizzicolio.

What happens when you don't have enough niacin?
The lack of niacin can cause a potentially fatal disease called Pellagra, although this is rare and usually occurs in less developed countries. The supplementation of niacin has not been shown to improve athletic performance.

Vitamin B-6 is a water-soluble vitamin that is found naturally in many foods and added to many others. Is a term for all forms biologically active including pyridoxine, piridossamina, pyridoxal, pyridoxal phosphate, pyridoxal-5'-phosphate.

Vitamin B-6 has a variety of functions in the body. It helps to synthesize the amino acids and to break down the glycogen to produce energy. Also plays a role in the production of red and white blood cells. Respectively, these support the production of energy and immune function.

What happens when you don't have enough vitamin B-6?
The deficiency of vitamin B-6, although rare in athletes, is usually the result of poor dietary choices. Symptoms may include nausea, compromised immune function, weakness and anemia. It is unlikely that the supplementation of vitamin B-6 produces benefits in terms of performance in people who receive a sufficient amount from their diet, even if the older athletes, vegans and vegetarians should be sure to get adequate amounts. Vitamin B-6 can also lower levels of homocysteine, which may reduce the risk of cardiovascular disease.

Vitamin B-12 is a water soluble vitamin with a variety of features of health.

Vitamin B-12 helps protect the central nervous system, while maintaining the integrity of the myelin sheath, the protective layer around nerve fibres. Vitamin B-12 also plays a role in converting nutrients into energy and in the production of red blood cells. 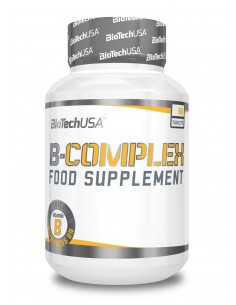 BioTech USA
Show available variants
€17.90 €23.87
B-Complex by BioTech USA is more than just a B-complex vitamin supplement, as it also provides additional minerals, vitamins and special herbal extracts. You can experience the effects of the ingredients both inside and outside in many areas of the body.
View 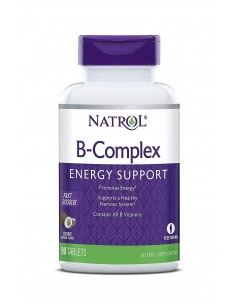 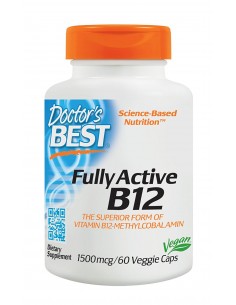 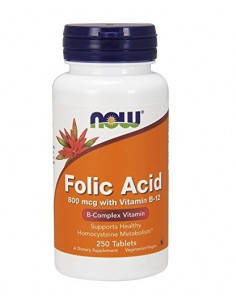 Folic Acid 800mcg with Vitamin B12

NOW Foods
Show available variants
€7.38 €11.90
Now Foods Folic Acid with Vitamin B-12 is a combination of two B vitamins in tablet form. Together they take care of the health of the immune and nervous systems and are effective in reducing fatigue.
View 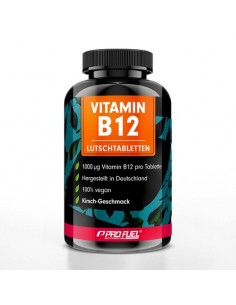 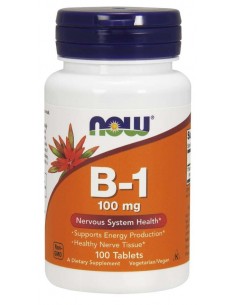 Product available with different options until 2026-02-28
Vitamin B

Product available with different options until 2026-06-30
Vitamin B

NOW Foods
Show available variants
€7.20 €12.00
Vitamin B-2, also known as riboflavin, is a member of the B-vitamin family.
View 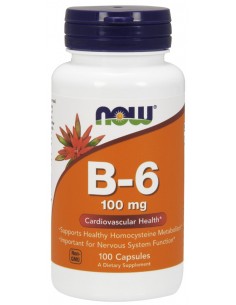