Vitamin D is known as the sunshine vitamin, but it is not technically a vitamin. In reality, it is considered a pro-hormone, and is synthesized through the skin in a reaction to sun exposure. Once created, the vitamin D acts on a number of cells and tissues throughout the body to stimulate the growth and absorption of nutrients.

Types of Vitamin D
There are two common forms of this vitamin, D-2 and D-3, which are very different both in structure and in function. The vitamin D-2 is synthesized through the irradiation of plants, and has a bioavailability much lower compared to its counterpart. The D-2 is not produced by the human body and has a third of the absorption of the D-3, which makes it much less advantageous for human beings.

The vitamin D-3, on the other hand, is synthesized from the body which if taken exogenously and is highly bioavailable.

What is vitamin D?
Vitamin D is used by the brain, skeletal muscle, colon, bone, heart, adrenal glands, and even from immune cells. It helps regulate the absorption of minerals, mood and insulin sensitivity, among other processes.

It is estimated that almost 50% of the people around the world have a vitamin D deficiency or, at minimum, a lack of vitamin D. Even though many of us have access to the powerful rays of the sun, the vitamin D deficiency is common when the skin is protected from the sun or in those with pigments that are darker than the skin.

What are the dangers of vitamin D deficiency?
Stress fractures: the role of vitamin D in the absorption of calcium and phosphorus makes the deficiency of this nutrient a threat to the integrity of the bone. It could be particularly dangerous for those who are already prone to stress fractures and osteoporosis, such as distance runners, women athletes and the elderly.

Depression: lack of D may also make you feel sluggish, depressed, and perhaps even "SAD". According to the American Academy of Family Physicians, the 10-20% of americans may have a mild depressive disorder called Seasonal Affective Disorder (SAD). [6] This feeling of general fatigue, heaviness and restlessness, accompanied by weight gain, is most commonly diagnosed in the winter months.

It is estimated that 1 person out of 7 suffers from symptoms of depression at some point in their life, both in the SAD and from other causes. Some of these depressive symptoms can be caused by neurotransmitter or hormonal imbalances. The vitamin D creates a favorable environment for the production of hormones of well-being and can help sustain a mood healthy.

Muscle recovery compromise: studies have also touted the effect of vitamin D on skeletal muscle. A study by the University of Liverpool, John Moores, found that six weeks of integration, with 4,000 IU per day of vitamin D improved muscle recovery in the days after a hard workout. If you train hard, especially if you are prone to sprains and injuries, it is worth taking into account the intake of vitamin D additional to maximize recovery and reduce the possibility of injury. 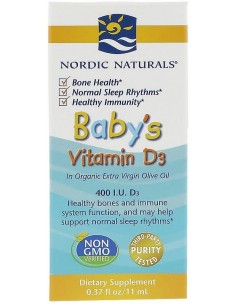 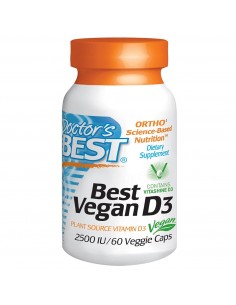 Doctor's Best
Show available variants
€15.80 €23.58
Vegan D3 from Doctor's Best contains Vitashine D3, a plant-based source of Vitamin D3 (such as cholecalciferol), which the body needs to regulate phosphorus and calcium levels for healthy bones, teeth and heart protection. Vitamin D3 is produced in the skin by absorbing UV rays from the sun and is obtained from food in limited quantities. 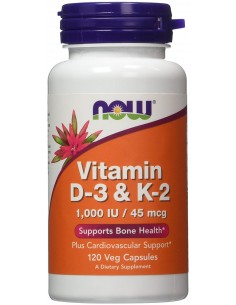 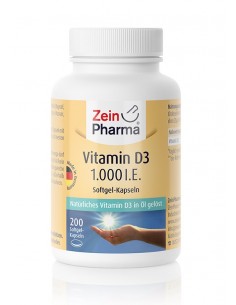 Zein Pharma
Show available variants
€13.44 €21.00
With ZeinPharma's Vitamin D3 capsules, you get a high-quality supplement with 1,000 I.U. to 5,000 IU of Vitamin D3. Benefit from vitamin D3 naturally derived from lanolin. It is absolutely pure, free of impurities and suitable for vegetarians.
View 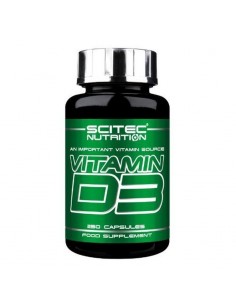 Scitec
Show available variants
€13.90 €19.86
Vitamin D contributes to the normal function of the immune system and muscles and also to the maintenance of normal bones, teeth and normal absorption/utilization of calcium and phosphorus.
View

ESN
Show available variants
€9.36 €13.00
Vitamin D3 by ESN is a vitamin supplement of the highest quality that contains a weekly depot. So only one capsule per week needs to be taken.
View 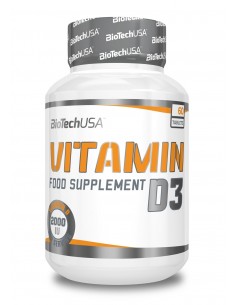 BioTech USA
Show available variants
€13.90 €18.53
Biotech USA Vitamin D3 is a cholecalciferol supplement that supports the absorption of calcium in the bones and vigor in the adult male
View 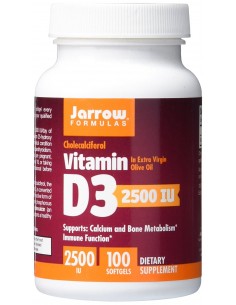 Jarrow Formulas
Show available variants
€11.02 €19.00
Vitamin D3 by Jarrow Formulas is a cholecalciferol supplement, which is more biologically active than ergocalciferol (Vitamin D2). It supports the dietary absorption of calcium and phosphorus, stimulates the synthesis of osteocalcin (an important structural protein in bone) and supports a healthy immune response.
View